Showing our role in the 3rd annual
global O-RAN plugfest hosted by Tier-1
communications service providers
and the O-RAN ALLIANCE.

The third O-RAN Alliance plugfest involved a series of on-site demonstrations across multiple countries, conducted in October and November 2021.

VIAVI provided benchmarking and validation for plugfest tests and demonstrations at locations including: 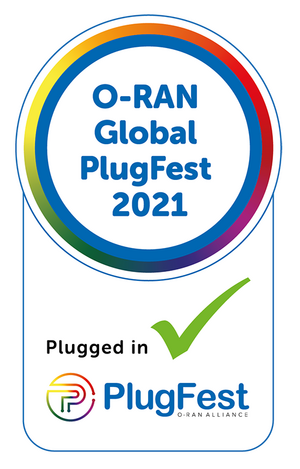 “With each O-RAN plugfest, we have seen commitment from more service providers, a proliferation of vendors, and clearer signs that the technology is progressing toward maturity”

The plugfest demonstrated the rapid evolution of the O-RAN ecosystem with increasing focus on the RAN Intelligent Controller (RIC), which changes the way network resources are managed, bringing artificial intelligence and big data into day-to-day operations. To mitigate the risk involved in introducing this new technology, operators depended upon tools from VIAVI including the TeraVM RIC Test to test the performance of the RIC when presented with a wide range of RAN scenarios, to test the functionality of rApps and xApps, as well as provide the means to generate the data needed to train AI models.

OFH interoperability between Intel’s FlexRAN™ reference software and Capgemini Engineering O-CU, O-DU and Core, with IP Infusion fronthaul switch as grandmaster clock, was validated using the VIAVI TM500 O-DU Tester and E500 UE Emulator. VIAVI also provided the T-BERD/MTS-5800 for Xhaul Transport and Synchronization testing on the Ciena 5164 and 5168 with grandmaster, and on the Cisco NCS540. 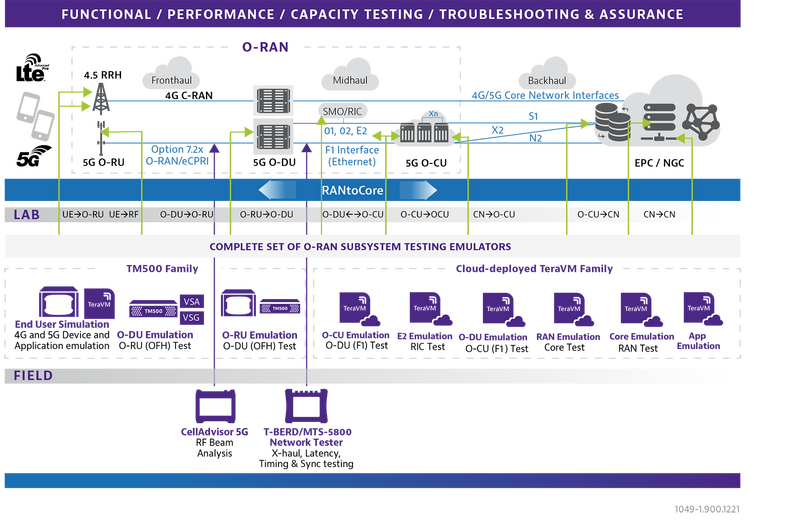 Rakuten and VIAVI Solutions combine their 5G network expertise to share practical lessons on how operators and their customers can benefit from the scale of cloud-native deployments.

Over 85% of NEMs are using VIAVI RANtoCore Solutions for gNB development.